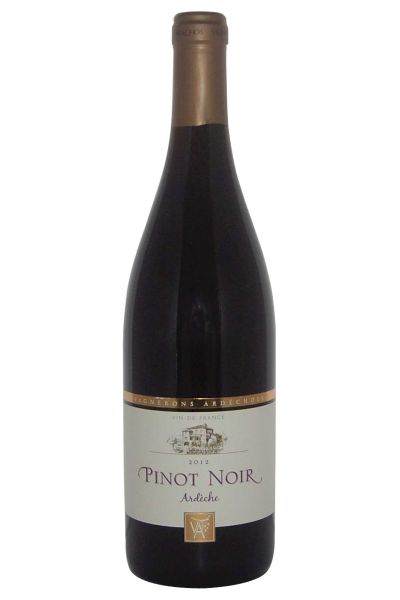 Our best value Old World Pinot Noir from the Ardeche in Southern France. Slightly more full-bodied than its Burgundy counterparts, it retains all those wonderful pinot traits of spicy, peppery red fruits with great complexity and balance.

Pleasing earthy notes with wood shavings and bramble leaf on the nose. Medium-bodied, the palate oozes damsons with spicy, slightly cinnamon fruits and well-defined tannins. This is a richer Pinot Noir than some, though definitely not a New World fruit bomb. All in al, a very approachable Pinot Noir.

The Ardeche is not known for Pinot Noir as summers are far hotter here than further north in Beaune and the other regions of Burgundy. At higher, cooler altitudes however, wine-makers have had enormous success, with even prestigious names like Louis Latour making great Pinots such as 'Valmoisines' from even further south.

UVICA have crafted a superb Pinot Noir from the Ardeche. Clearly 'Old World' and more a wine for Burgundy drinkers than fans of big New Zealand fruit bombs. Okay, it doesn't sport a prestigious label/appellation such as Gevrey Chambertin or Corton, but the wine is not that far off and for the price, it's a bargain.

A proper food Pinot Noir. As it is a little fatter than some Pinots, it works well with duck, venison and meaty casseroles/boeuf Bourgogne as well as richer tomato based dishes. 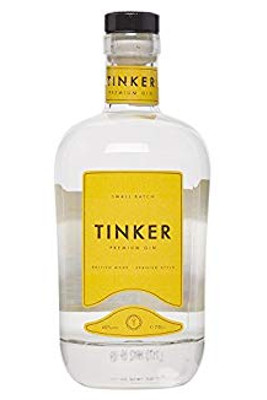 Forged in Wakefield Strawberry & Cinnamon Gin
The bright, sweet flavour of the strawberries blend with the gentle warmness of the cinnamon to deliver a light, fruity, real gin experience